Fifteen Guidelines on Disciplining Your Children 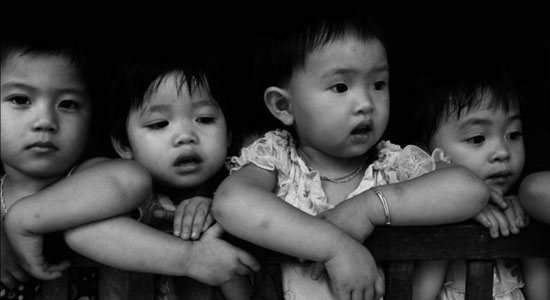 The Bible gives us some helpful guidelines on how to discipline our children.

1. Discipline because of love.

The Scripture tells us, "The Lord disciplines those he loves" (Heb. 12:6). Discipline is a sign of love. If we do not correct our children's wild and ungodly behavior, it shows that we do not love them enough. If you love your children, discipline them when they know they do wrong.

2. Discipline to save your children.

Proverbs 19:18 says, "Discipline your son, for in that [in discipline] there is hope; do not be a willing party to his death." Lack of discipline can lead to physical and spiritual death. Destruction will find the child who refuses to obey. An undisciplined child may choose crime and violence. These are choices that lead to destruction. The purpose of the Law was to lead us to salvation. "The law was put in charge to lead us to Christ that we might be justified by faith" (Gal. 3:24). Likewise, discipline guides children away from destruction to safety.

3. Discipline to give children security.

Young parents may be surprised to learn that their children desire their authority over them. Children are confused and frightened when an adult is not over them. Rules and guidelines enable a child to have order in his world. Otherwise, if a child does not learn right and wrong, he does not know when to stop and when to move ahead. Children without discipline are like a house with no walls.

Still, children may express some rebellion. And they may want freedom before they are ready for it. But in their hearts, children desire their parents, especially their fathers, to be strong enough to enforce limits with love. Children do well when there is proper discipline. They feel secure and at peace when they know their parents protect them with boundaries that are fair and right. Children feel secure and safe when they know someone bigger than them is in control of their life. This security at an early age gives children confidence to accept more freedom as they mature and the boundaries decrease.

In matters of discipline, parents must be consistent. This means that their discipline is regular, dependable, unchanging, steadfast, and the same. For example, if you discipline a child for stealing on Monday, then you must discipline the child if he steals on Tuesday. Imagine the confusion we would have if the laws changed from day to day! Yet this is how some children must live. One Sunday they must go to church. The next Sunday it does not matter. One month they must use good manners. The next month the parents do not care about good manners.

5. Discipline to teach respect for authority.

A child should respect authority in the home and outside of it. In the home, God commands children to honor their parents. This is the only commandment that God gives directly to children (Exod. 20:12; Eph.6:1-3).

Children must learn to respect authority so that they can do well at school, at work, at church, and in society. The child who grows up saying, "Nobody tells me what to do!" will fail. There are many times when people must obey authority—whether they like it or not.

Every child should learn two important lessons about authority: First, disobedience brings pain. God's Word teaches that bad things happen to those who disobey. For example, read all of the curses for disobedience that Moses wrote in Deuteronomy 28:15-68.

Second, obedience brings blessings.The more we obey God and the principles in His Word then the more He blesses us. Parents, teach your children to respect authority. Obedience leads to life, but disobedience leads to death.

6. Discipline as a team – work together as parents.

A father and mother must agree on discipline. Let your children see that you are united as parents, especially about things that affect them. They will love and respect you for it. To work together, parents should agree on the goals and methods of discipline. When disagreements arise between you and your spouse then settle them in private. Do not interfere when your spouse is disciplining a child unless the child is in danger. When parents disagree about discipline in front of the children, the children use a method called "divide and conquer." This is when a child will talk to one parent and contradict the authority of the other parent. Do not let your children divide you. God has joined you together as one flesh, so agree and be united on matters of discipline. So parents must be united about discipline.

Parents can help each other be fair and balanced. One parent may need the counsel of the other to know whether rules are too harsh or too strict. Questions parents can ask each other are:

We are not to discipline out of anger. Proverbs 29:11 says, "A fool gives full vent to his anger, but a wise man keeps himself under control." If we fully express our anger, we are hurting our children and ourselves. Ephesians 6:4 says, "Fathers, do not exasperate your children; instead, bring them up in the training and instruction of the Lord." We can discourage our children by nagging them, pushing them, and frustrating them. This often causes rebellion against parents and against God. Be calm before you discipline.

Do not delay correction unless you are angry. Children learn better when they receive a quick response. The younger the child, the faster the response should be. Discipline will teach better if it occurs close to the time of the child's action. However, parents do need to be concerned about the social setting. Discipline should rarely occur in public. Most discipline should be in private and even away from brothers and sisters. You want the child to focus on the matter of discipline, not on his embarrassment. But correct as quickly as it is wise to do.

Correct rebellion immediately, whenever it occurs. Parents lose the respect of their children when the parents seem helpless. Rebellion towards either parent must be disciplined at once! Discipline the child for the behavior, while still loving and accepting the child himself. It is good to say, "You did a bad thing." But parents should not say, "You are a bad child!" Correct the behavior, but affirm your love for the good child God has given you.

This means "not all the time." Colossians 3:21 says, "Fathers, don't scold your children so much that they become discouraged and quit trying" (Living Bible). The home should be a place to enjoy, not a prison. Children need healthy amounts of freedom and fun. Overlook small things and only discipline a child once in a while. Try to say at least ten good things about a child between the times you must correct him. In fact, it is better if you can say 100 good things about a child in between the times you must correct him! Encouragement brings out the best in all of us. When children think of you, it is best if they remember a face that is smiling, not frowning.

10. Discipline to match the child.

11. Discipline to match the crime.

12. Discipline (correct) only if a child chose the wrong.

Let children know exactly what they should or should not do. Children must understand this before being judged guilty of disobedience. Parents should instruct a child who does wrong but did not know it was wrong. For example, a father was shocked to hear his child repeat a bad word he heard at school. But the boy did not know the word was bad, so the dad did not spank him. Rather, the father taught the boy what the word meant and why he should not use it. Never spank a child for a wrong he does in ignorance or innocence. Wise parents will make sure their rules are clear, reasonable, and fair.

13. Discipline (correct) for rebellion, but never for accidents.

Parents should seek to discern why children act the way they do. A child who cries at bedtime may be rebellious, OR he may be afraid of the dark. It is harmful to punish a child for his fear. We should spank for rebellion, not childish behavior or accidents—even if these upset us as parents. We might require a child to clean up something he spilled on the floor (a logical result). But we should not punish a child for such a childish mistake. It is foolish to expect a child to think, speak, or act like an adult. One foolish mother spanked her infant—who was only 9 months old—for moving around while she tried to dress him. A foolish father disciplined his boy who was 10 for not working as quickly as his brother who was 18. Do not spank a child who spills his drink, wets his bed, misses a section of the garden when he hoes, or forgets where he puts his hat. These are just childish things. Many things call for grace, not spanking.

After giving discipline to a child, a parent has the duty to assure the child that he is loved, valued, and forgiven for the wrong. Good parents will hold their child, and even pray with him that God will forgive him. These may be the most important few minutes parents will ever spend with their child. Love from the parents—during and after discipline—shows the child that his behavior was rejected, but he is loved.

15. Discipline in a way that is fruitful and helpful.

The test is how children respond to discipline. Consider three questions:

The content of this article is used by permission of "Faith & Action Series" and Dr. Wayde Goodall. Please learn more about them at www.faithandactionseries.org and www.worldwidefamily.org.

I Have Questions  I Need Prayer